MAJESTIC BUILDING AT THE INTERSECTION OF TWO STATE HIGHWAYS-PRICE REDUCED

Perfect for a Tavern, Restaurant and Art Gallery

This Grand Building is located in a prime, highly visible location, at the the junction of two well traveled state highways. Located in an up and coming area of the Catskills, this solidly constructed building has been a part of the towns commercial center for many decades.

Over the years many different businesses have had their home here and it is currently being operated as an antiques store. A restaurant, brewery, or any other retail venue are among the endless possibilities (there is NO ZONING here).

The structure which measures just under 5000 square feet has an open lower floor now being used as a large retail area and would make a great restaurant space. The ceiling, which has been lowered, could easily be returned to its full 12 foot grandeur. Complementing the lower floor is a full kitchen and two baths.

The upper floor , accessed by two stairways, is now also being used as retail space but could converted back to two separate income generating apartments. The upper level also contains a 700+ square foot storage area.

A 2000 square foot basement, with both interior and exterior access, completes the building.
The septic and electrical systems have been upgraded and is serviced by municipal water.
Located just over two hours from New York City the property is located in one of the lowest taxed towns in New York State. 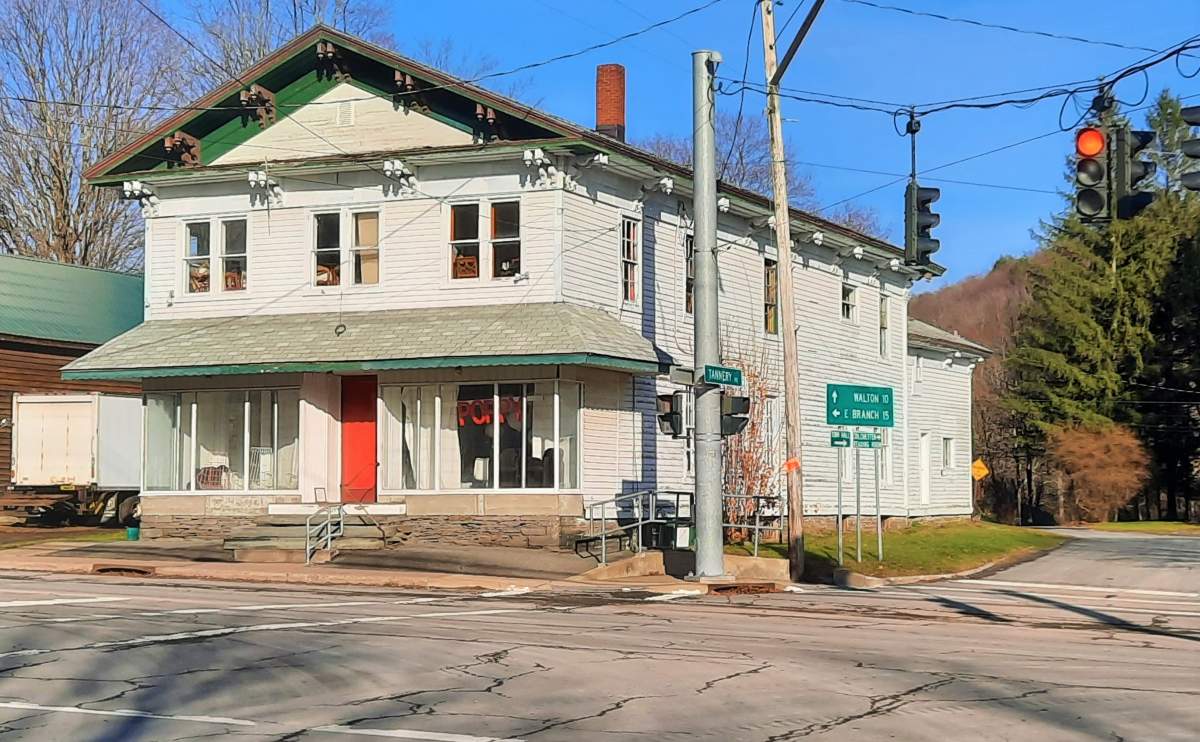 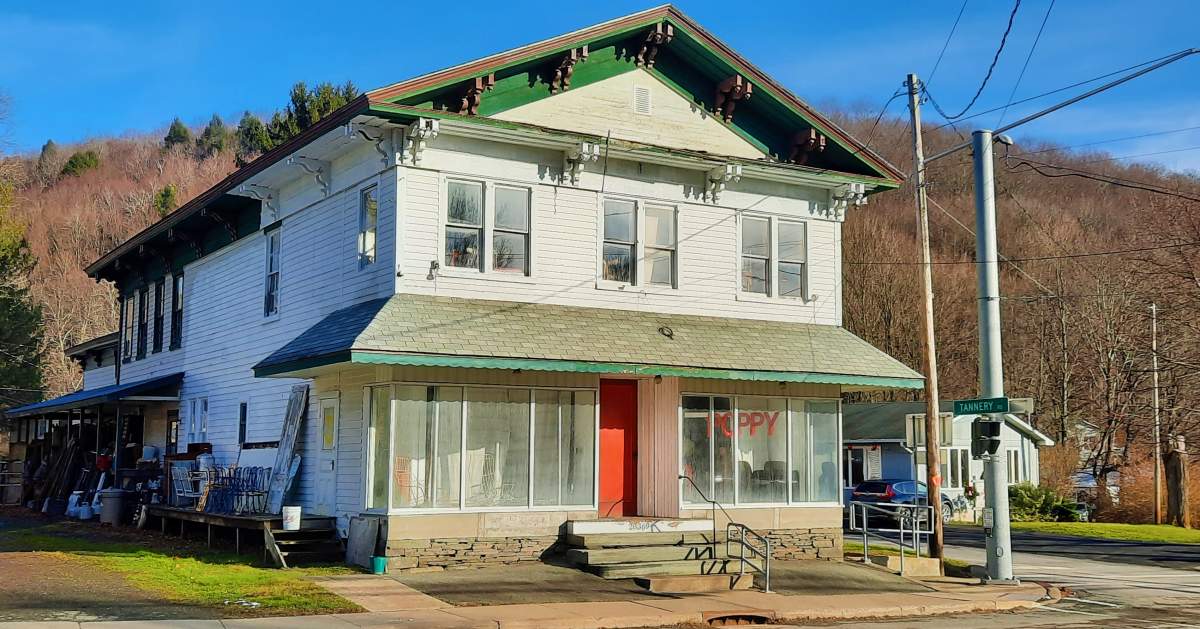 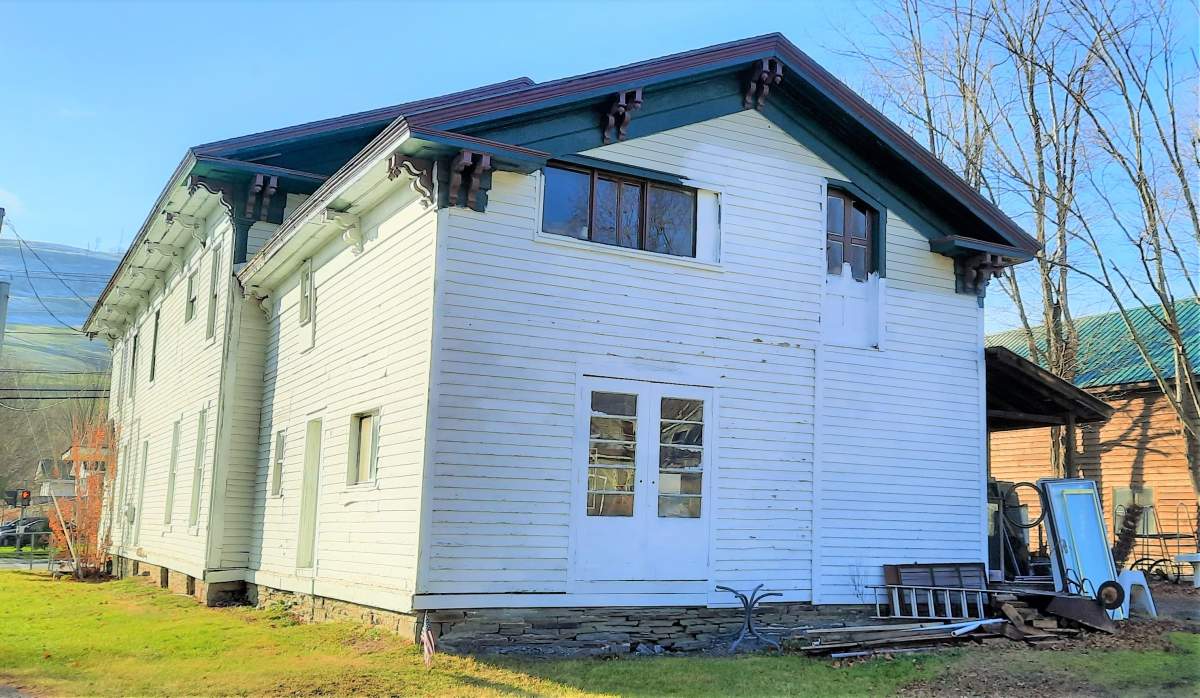